What Waggers and Widdy can teach us about social media!

The recent success of Wagner in X-Factor (though no longer!) and Ann Widdecombe in Strictly Come Dancing despite a clear lack of talent when compared to other contestants, has lead to mass outrage across the country.

So, how come they have made it so far (Ann in particular who is still going strong!)?

The answer lies in the public!  The strength of the nation to break a system, to corrupt a talent show and to cause Simon Cowell distress!  Facebook and Twitter campaigns have pleaded with people to vote for both Wagner and Ann, despite the outrage of others.  And yet those that are angry probably wouldn’t pick up the phone to vote for the other contestants.  The result – success for Waggers and Widdy! 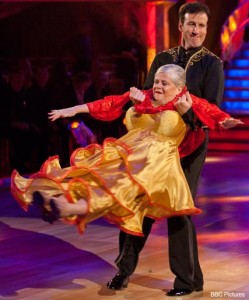 So, what can we learn from this in terms of social media?  Well, I’m not suggesting you go on there and display your lack of talent!  Instead, do what Ann and Wagner have done – make the most of an opportunity (and a massive opportunity at that!).  Storm ahead of the competition by getting the public on your side.  Engage with people in your local area while your competition are still trying to make money through the yellow pages!

Leave your competition trailing behind!  Go where the public are, because that is where the strength lies!