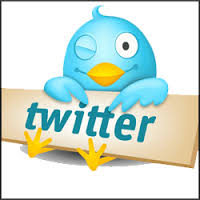 I’m always advising people to be much more personable on their Twitter account.  People don’t want to engage with a logo.  They want to speak to a real person!  So, it often works much better to have your own headshot on there rather than a logo.  And, in all honesty, no one will remember your logo!  But they’ll remember your face!!

This is often backed up at talks by people telling me they’ve changed from their logo to their headshot and seen a dramatic increase in followers and engagement and, as a result, more business through Twitter!

This also means talking about more than just business!  Twitter is networking after all, and how often do you only talk business at networking events.  More often than not, networkers will find themselves talking about something completely unrelated, be it their journey there, the holiday they just had, something their kids did, or a shared interest.

The same is true of Twitter!  It’s like that saying “more business gets done on the golf course!”  The more relaxed and ourselves we are, the more others’ trust in us increases, and the more business we get!  Granted, this does mean there will be some people who won’t want to do business with you.  You can’t please everyone.  And if you try, you’ll end up pleasing no one!!!

So, this often raises the question of having a business Twitter account AND a personal one.  My advice is always to just stick to one.  Running two is a lot more work.  Yes, you can share some of the updates across the two of them, using platforms like Hootsuite.  But it’s all the following and engaging that really takes the time!  Plus, there are very few people whose personal lives are that extreme that they’d put most people off doing business with them!  It’s through sharing more of non-business related updates on Twitter that we find commonalities and shared interests with others.  Which invariably leads to more rapport, increased trust, and a higher likelihood that they’ll buy from you in the future!

Now, as is typical of a lot of ‘preachers’, I haven’t been practicing what I tell others to do!!!!  When I was pregnant last year, I decided I’d like to do a motherhood blog – a kind of bump to baby, first-time mum journal!  I figured none of my Twitter users would want to hear me blabbing on about morning sickness and heartburn, through to sleeping issues and weaning!  So, I set up a second Twitter account!  And, really proved my own advice right!  That second Twitter account has been completely neglected!!!  I put some time in to it initially to build followers and put a few tweets out, but since then, nada!!!  So, today I’ve made the decision to scrap that Twitter account and go back to just one.  Yes, I will be mixing baby-related tweets in with my business ones.  Yes, I will be sharing links to both my business blog and my baby blog.  And yes, some of my Twitter followers won’t be interested in my life as a mum.  And I’m fine with that!!!  But, what I do know is, I’m going to build a lot more rapport with those of my Twitter followers who are interested.  A hell of a lot more rapport than I’d build if I only ever talked about business and social media!

So, if you’re struggling to run two Twitter accounts, whether you spend more time on your personal or your business one, take a few minutes out today to think through the benefits of having only one!

And, if you are in the interested camp, you can find my mum blog at www.lifeofmum.com!!!