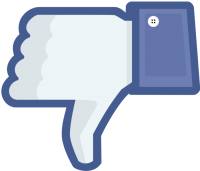 It isn’t every day that social media users get what they want out of an update. After years of wishing and a lot of complaining, Mark Zuckerberg has announced the launch of a new “Dislike” button on Facebook.

The chief executive said that today was “a special day” at a Q&A session at Facebook HQ in Menlo Park, California. A release date and official name for the new button have not been announced, but Zuckerberg confirmed that the idea is almost ready to test before Facebook launch it across the board.

For many users, the button would allow them to interact with content outside of the current parameters of the platform. Most important are those occasions when a Like is inappropriate, but showing empathy is necessary.

Fears that the feature will fuel the trend of exacting revenge via social media could be compounded by recent headlines of the negative impact of online bullying on young teens. Facebook are aware that the Dislike feature could have its downsides. At its worst, the update could mean providing fodder for the trolls and creating a Reddit-style forum where posts are voted up or down.

“They may use a ‘dislike’ button to express some negative emotions (like frustration with ads popping up in their feeds) but I doubt it will cause them to start wantonly disliking pictures of their friends’ babies, dogs, cats and cooking experiments. I suspect it will mainly be used to express mild disapproval, or to express solidarity when someone posts about a negative event like a death or a loss,”

The entire spectrum of emotion can’t be construed by a click. But the introduction of a Dislike button shows that Facebook are finally acknowledging that showing solidarity and most importantly empathy for your friends is an important part of the platform.