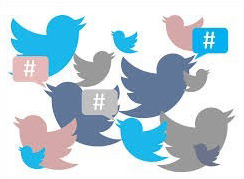 Twitter has announced the launch of Moments – essentially a “highlights” feature for the best of Twitter worldwide. Moments will be accessible via the Moments Tab (a small lightning bolt icon), which will display the selected Moments from the current day. In a side menu you will be able to choose from 4 categories; News, Sports, Entertainment and Fun.

You will still be able to interact with Moments in the same way as you can now, through replies, Retweets and favourites. The content itself is curated by a specific team, following a set of guidelines outlined by Twitter. The role of the team in selecting the content that will become Moments is described here; “Our own curators do not act as reporters or creators of original content; instead, they organize and present compelling content that already exists on Twitter in a straightforward, easy-to-consume way”.

Twitter are clearly engaging with the fact that many people find the service confusing to use. By hosting the best of Twitter in one place, they hope it will be easier for people not to miss “Only on Twitter” moments.

A main concern is that a small team of people curating the world’s top moments could lead to bias and inaccuracy, but Twitter outline in their guidelines that this is being avoided by including “all sides of topical arguments”.

What could Moments mean for business?

Most importantly, clicking on individual events in the Moments calendar brings up a box with hashtag suggestions for businesses to make the most of world events. For example, National Boss Day is followed by this suggestion:

“Twitter tip! Facilitate conversation – ask followers to Tweet in their best boss related stories to generate engagement and banter”. In general, it seems that Twitter is being clear about how users can get the most out of the service to suit their marketing needs. By doing so, Moments provides the tools for new starters looking to use Twitter to promote their business.

In other news, Facebook are launching a satellite to provide internet access to remote parts of Africa. Mark Zuckerberg has said that over the past year Facebook have been “exploring ways to use aircraft and satellites to beam internet access down into communities from the sky”.

Connecting remote areas is costly, and often infrastructures cannot support this. Facebook say that there is a need to look for new technologies to combat this. The project aims to provide internet access at an affordable price, available through “off the shelf” products in collaboration with French based satellite provider Eutelsat who have said;

“Eutelsat and Facebook will each deploy Internet services designed to relieve pent-up demand for connectivity from the many users in Africa beyond range of fixed and mobile terrestrial networks.”

Many business owners are against the satellite, which is set to launch in 2016. For example, some have raised the point that these connections will lead to a monopoly on how the internet markets are developed, favouring Facebook and its partners.

Is this the start of a new social media space race?