A Break From Social Media, and Advancements in Technology

So, one of life’s annoying events occurred in my household last weekend.  My phone went down the toilet.  I’m sure it is one of those events that has to happen at least once in everyone’s lifetimes!  At the time, after a quick sweary rant, I wasn’t actually too bothered.  The phone was quickly switched off and put in a bag of rice (though on investigation it turns out I should have dried it out as much as possible with a towel and shaking it first!).  The same phone went for a dunk in a cup of tea about 6 months ago, and survived the tale, so I was confident after a couple of days in rice, I’d be back in the ‘real world’.

Not so.  The phone was having none of it.  So, it was time for a stand in until the phone decided to come back to life.  That stand in was the only working phone we have left in our collection of spare phones – an iPhone 4.  When I say working, it was actually disabled for 23 million minutes, but a quick YouTube demo showed me how to get past that hurdle.  Also, there was the issue of putting the nano iPhone 6 sim in to the larger sim slot of the iPhone 4.  Again, YouTube came to the rescue, with a sellotape related hack!!

So, why tell this sorry tale?  Well firstly, get your phone insured or get a catalyst case!  Mine wasn’t/isn’t insured.  Though if it never comes back to life, I’ll probably claim on the house insurance instead.  Secondly, it’s shown me how quickly technology moves forwards.  I remember receiving my iPhone 4 and loving it!  Fast forward four years, and it’s now old and dated, and SLOW!!!  Wow, is it slow!!

And slow means I’m not as bothered about scanning Facebook, Twitter, Instagram and Snapchat, as it just takes too long and I don’t have time!!!  So, I’m mainly using social media via desktop and occasionally tablet currently, and spending far less time on it.  I do think we have the habit of being ‘plugged in’ all the time.  It can become relentless, and actually quite stressful, never being switched off from the wider world.  It may only have been 9 days, but I have enjoyed not looking on social media anywhere near as much as usual.  I know as soon as my phone is back working (did I mention it’s still not?!) or I have replaced it with something a bit faster than its current stand in, that I will be back to my old habits of being a social media addict.  But right now, I’m enjoying the break, and I think it’s something we should all do now and again.  The summer in particular is a great time to do it, when we can enjoy longer evenings, and preferably a bit of nice weather (take note Mother Nature!).

So, for now, I’m actually quite happy to leave my phone in its silica home (I’ve moved on from the rice to silica – apparently it works better!).  And to be less switched on, to enjoy other pursuits and, actually, to get more stuff done!  And your phone going down the toilet really is a first world problem isn’t it.  There are so much more important goings on in the world than my phone meeting a soggy end.  And that’s important to remember too. 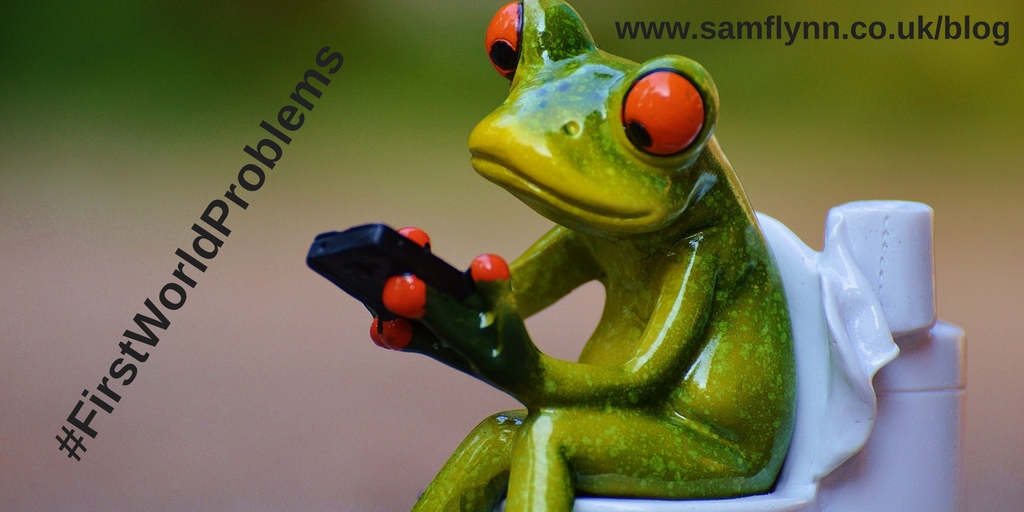